Last week I was fortunate to attend Ascilite 2012 as part of a visit to New Zealand where, with colleagues, I also facilitated a series of workshops around technology-enhanced learning and professional standards in HE. More of that later, and I’ll certainly have more to say about Ascilite which was extremely interesting on many levels.

For now I’d like to offer a few reflections sparked by the keynote Dale J Stephens (@DaleJStephens) offered on day two of Ascilite, and which he titled ‘The End of the University’.

In his keynote, Dale Stephens recounted his experiences of being unschooled. Not to be confused with home schooling, the concept of unschooling (as originally conceived by John Holt in the 1960s, and later addressed in broader philosophical terms by Illich and then more recently by Gatto) is focused around the lived experiences of learners, including their play, social interactions, and work experiences. Dale Stephens spoke passionately and with conviction about the richness of his unschooled learning, and the feelings of being constrained, unchallenged, and dissatisfied that he later experienced when he attended college.

This, in part, led to Dale leaving formal tertiary education and founding UnCollege – ‘a social movement for self-directed Higher Education’. Although a relatively new initiative, 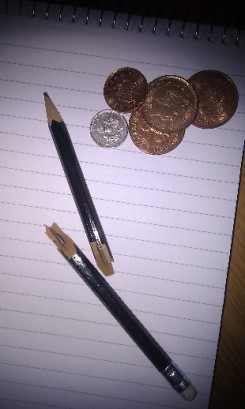 UnCollege has gained considerable interest and momentum. Against the backdrop of bleak figures Dale shared on the financial realities of attending university, and his examples of bright young adults who have adopted an uncolleged approach to their education and professional development, the basic mantra of UnCollege, reflected in the title of Dale’s forthcoming book (Hacking your education: ditch the lectures, save tens of thousands, and learn more than your peers ever will, 2013) encapsulates a tantalising alternative.

It is an alternative that our colleges and universities would be very foolish to ignore. However I think we need to question the extent to which being unschooled, and the uncollege, is a viable and realistic alternative for a broad cross-section of learners. I don’t believe it is, and there were three aspects to Dale’s talk that underlined this for me.

The first was the publicity material for the upcoming UnCollege Gap Year programme that right up front posed the question ‘Are you smart as hell?’. I think this is a question that is just as relevant to unschooling and certainly to uncolleging generally, and to which we can also add the questions ‘Are you as confident as hell?’, ‘Are you as motivated as hell?’ and ‘Are you as entrepreneurial as hell?’. My concern here is not for the smaller minority of individuals who could answer ‘Yes’ to these questions, but for the larger number who are seeking to expand their options and outlook through education but whom would not have the confidence, prior experiences, natural attributes, or self-certainty to say ‘Yes’ to these questions.

The second aspect of Dale’s talk that prompted me to question how widely applicable unschooling and uncolleging might be focused on the experiences Dale generously shared around the supportive network he had around him through his unschooling, and which had largely enabled it. Supportive parents (a teacher and engineer) and a wider network of mentors, tutors and critical friends. Whether we are unschooled or not, such networks of family and friends are central to human wellbeing. However the harsh reality is that not every young person has these networks in place, and even where they do the networks themselves are sometimes volatile and fragmented. In such circumstances school, college, and even university become safe places within which the individual can experience structure, support, stability, and the space to make sense of things both academic and otherwise [1]. To paraphrase Professor Beverly Oliver (@pvclfdeakin) in her closing keynote at Ascilite 2012, our colleges and universities also serve a role as the ‘place where learners become that which they want to become’. We may talk about learners hacking their education in general terms, but we won’t anytime soon be talking about learners hacking their way to being a social worker, a nurse, a dentist or lawyer.

The third aspect of Dale’s keynote that concerned me somewhat was the (admittedly intriguing and quite progressive) example of an intensive bootcamp that guaranteed to turn participants into experienced, employable web developers in nine weeks. At the cost of 10K US dollars.  Dale’s point that this is less than the cost of a degree in the USA was fair. However, if you’re a young person with an aptitude for computing from Muirhouse in Edinburgh, Moss Side in Manchester, or Cannon Park in Middlesbrough, would you have the equivalent of 10K US dollars? With limited or no access to your own IT, would you even know you had an aptitude for computers without attending school, the local library, or a college evening class?

In addition to the fact that the example above raises serious questions around when the ‘alternatives’ we offer might become more commercialised than the mainstream, I would like to suggest that those who most need our support in terms of accessing education don’t need to be supported in being unschooled or uncolleged. They need instead to be supported within our schools, colleges and universities by capable and sensitive educators who are driven by values of equality, personal development, equivalence of opportunity, empathy and, dare I say it, even altruism.

Altruism is arguably more of an ideal than a value, and it has become an unfashionable one. It is also contested within education. If we go back to Holt, who rightly argued that the school system puts learners in competition with one another, we may even view altruism as folly. However many educators do have something of an altruistic outlook within their work, and altruistic reasons for being educators. We can’t afford to overlook that, because at the centre of altruism is hope. Hope for, and commitment towards, those learners who would most benefit from what formal education can provide. In the current climate, a reframing of altruism is critical.

Lest there be any misunderstanding, I am not criticising Dale Stephens, his work or ideas. They are important. They help us confront failings within the education system, and I applaud what Dale and his colleagues are doing. However at the same time as we applaud we need to reach out a hand to those learners for whom the unschool, uncollege or ununiversity will never be an option. Not due to who they are or what they are capable of, but because of who they are and what they are capable of.

[1] For further, far more eloquent thoughts on some of the issues touched upon above you may want to read Mark Johnson’s (@mwjtweet) blog starting with his Sept 2012 post Attachments, metagames and anxiety in the university. Richard Hall (@hallymk1) does just as an impressive job of pinning HE up against the wall and asking what it should be for.

Stephens, D. J. (2013, forthcoming) Hacking your education: ditch the lectures, save tens of thousands, and learn more than your peers ever will. Penguin USA.

2 thoughts on “Is unschool cool?”

This site uses Akismet to reduce spam. Learn how your comment data is processed.

Academic in Nairn, Scotland. Chair of Education (Professor of Pedagogy) and Head of Learning and Teaching Academy at the University of the Highlands and Islands. Blogging (periodically) in a personal capacity about education, learning, technology and inclusion.